Our broad and balanced  curriculum has been designed to support the students to reach their full potential.

The subjects are built on each year and lead towards some external qualifications through AQA and ASDAN accreditations.

The focus on Independent Living Skills (ILS) is a key part of the curriculum and prepares students for their next exciting chapter after Sandside Lodge School.

The Careers and Enterprise Curriculum pathway has been designed to offer a variety of opportunities to enable students to gain skills and experience which will support them in their aspirations for the future.

We are working alongside Inspira to deliver a rich and meaningful curriculum. Click the button below for more information on Inspira.

"Dreams do come true, and all of


us can do anything we


want, if we believe we can" 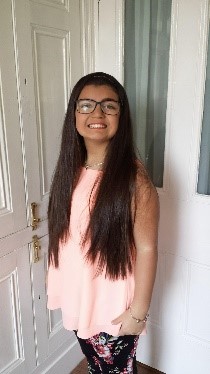 “When I was a pupil at Sandside Lodge School, I did my work experience in the office. I really enjoyed it and learnt lots of different tasks. I signed visitors into the visitor’s book and gave them a badge to wear, I sent emails on parent mail, I photocopied, I laminated, I made hot drinks for people, I answered phone and made phone calls.

After I finished my work experience, I knew I wanted to do some sort of office type work.

I saw a job advertised as a Peer Support Worker for the NHS, working for The Learning Disabilities Team. I was really excited when I was filling my application form in, which my Mum helped me with as there were some hard questions.  I had to list all of my certificates that I had achieved whilst at school.  I had always worked hard when I was at school, so I had a lot that I had to tell them about.  It also asked me who I wanted to put as a reference.  This is somebody that they can write to, to ask if you are a good person.  Rebecca Noble was my reference as she had taught me at school, she knew I was kind and helpful and that I always tried hard.

I didn’t hear anything for a long time (it probably wasn’t a long time, but it felt like it was) and then I got a letter asking me to go and meet with the people who were in charge.  I was so excited, but also a little bit nervous.  I tried to just stay calm and not get too excited or start talking about things that were not important.  They asked me lots of questions and then told me they would be in touch with me.

Two days later I was asked to go back for an interview.  This made me so happy. The night before, I couldn’t sleep because I was excited.  I had my interview and 3 people were asking me questions and they showed me around the building and I met other people who work there.  After my interview I went back to college.

Not long after I had gone back to college, I got a phone call from a lady called Kay who is in charge and she told me that I had been amazing at my interview

and that they wanted to offer me a job. I jumped up, dropped my packed lunch on the floor, ran down the corridor, realising I didn’t have my mask on, but I was just so excited.

I have had lots of forms to fill in, with the help of my mum and I have even had to have a check on me to make sure I have not been in trouble with the police.

When I start my new job on the 30th June, I am still lucky enough to carry on going to college 2 days a week, as well as going to work.”

"Thank you so much


to Sandside Lodge School for helping me


and helped me to become to person I am